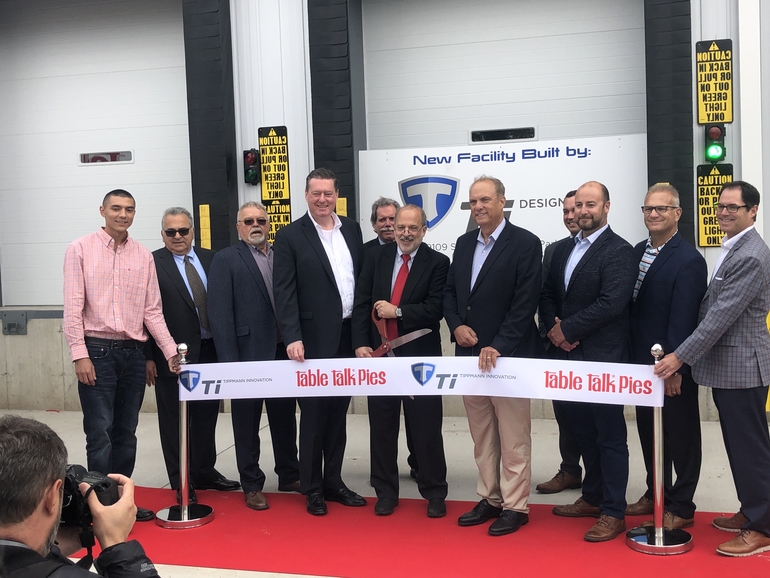 Prior to constructing the building, Table Talk had been using 36 refrigerated trailers in four different warehouses.

The scattered location of the company’s finished products has been a logistical problem when orders are ready to ship, Kokkinis said.

“It will have a profound impact on our company,” he said. “Finally, the job of shipping our product will be easy and not the tortuous adventure that we often have to engage in to get our products to our customers.”

The building was developed by Worcester builder and landlord Chacharone Properties and will be managed by Maryland cold storage facility operator H&M Bay, which has local operations in Uxbridge.

The facility is adjacent to Table Talk’s 50,000-square-foot manufacturing facility,  which it opened in 2017.

The opening of the new freezer building comes as Table Talk continues to have reservations about the future of its Kelley Square facility, which abuts a proposed $101-million ballpark being constructed for the new home of the Pawtucket Red Sox.

Mayor Joseph Petty referenced that issue Thursday, thanking the company for working with the city in the industrial park and in Kelley Square.

After the ceremony, Kokkinis said the company is continuing to look for a new space for its main facility.