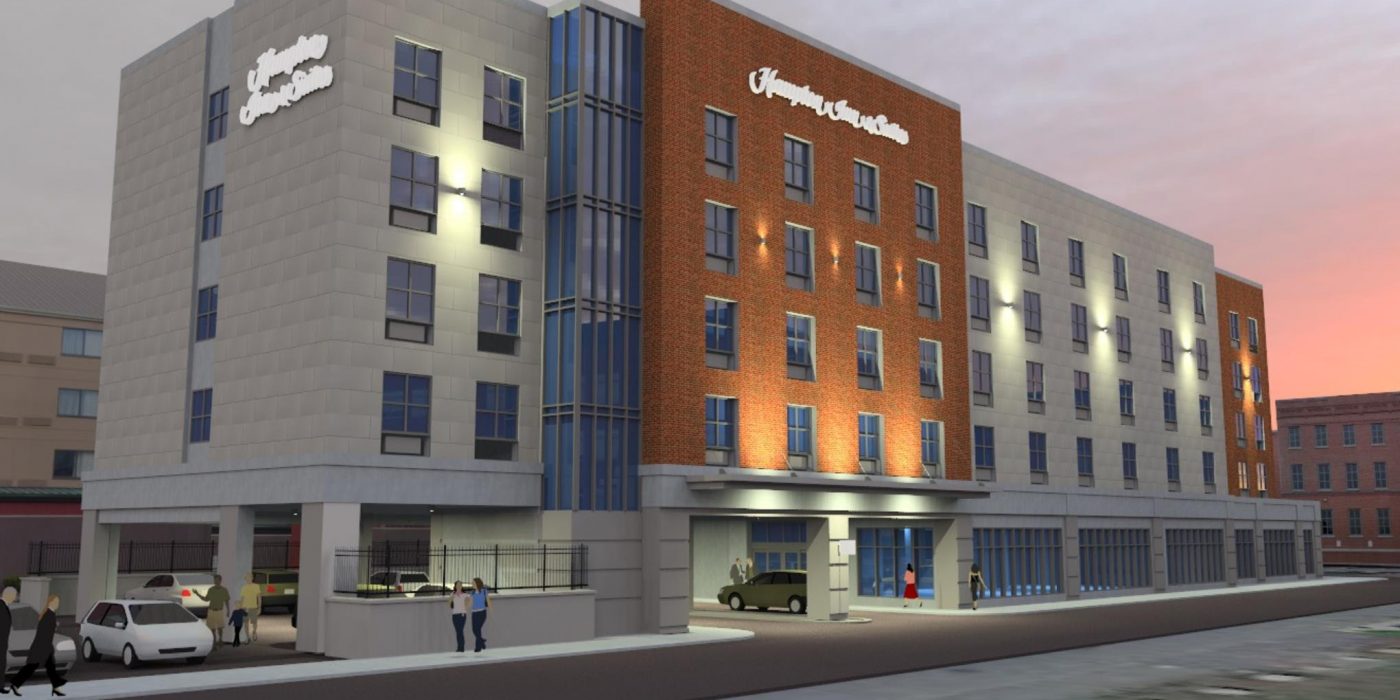 Worcester, MA – A new Hampton Inn & Suites hotel is currently under way in downtown Worcester at Gateway Park. The 100-room hotel, located at 65 Prescott Street, is being developed by XSS Hotels.

The impressive five-story building will be clearly visible when driving through Worcester on I-290. The building’s first floor will house the hotel’s lobby and common rooms and offer covered parking for eight vehicles.

Construction of the new hotel began in February 2015, and PROCON has scheduled a February 2016 completion date.