The Comeback of Worcester’s Downtown 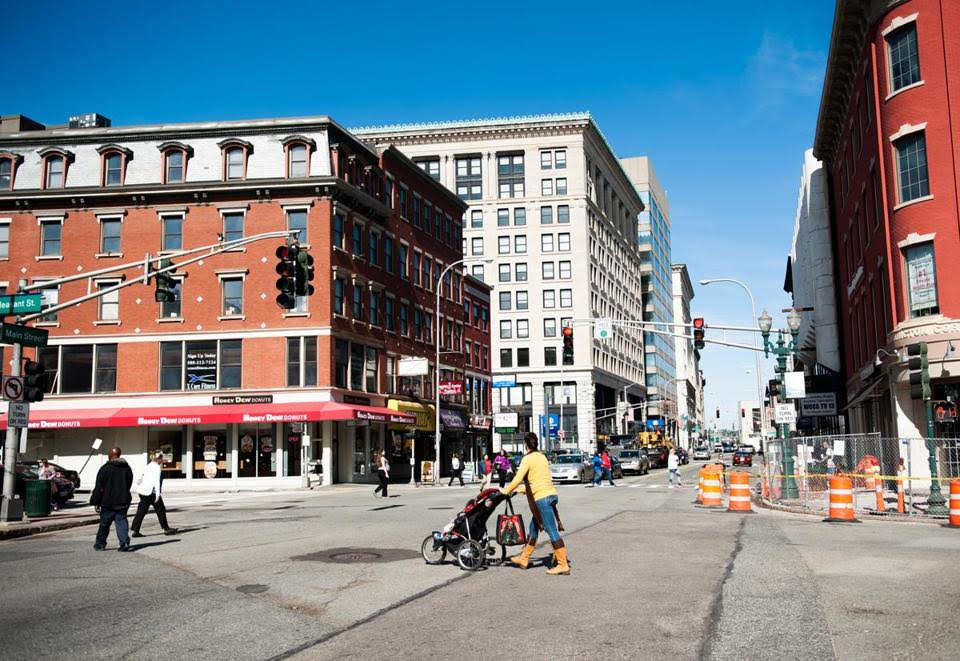 CITIES STRUGGLE when they’re built like doughnuts, with plenty of residents and office workers clustered on the periphery, and hollow space filling the center. This is the problem that CitySquare, Worcester’s half-billion dollar downtown makeover, tries to correct. As it does, Worcester has been remaking its downtown in other, equally significant ways.

CitySquare’s sheer size and ambition tend to overshadow everything else that happens in downtown Worcester. That project does deserve all the attention it gets. When CitySquare broke ground three years ago, it was the largest post-urban-renewal downtown revitalization project in the state’s history. CitySquare will replace a twice-failed mall from the 1970s with 20 acres of new offices, apartments, retail shops, streets, and sidewalks. The development site sits in the center of Worcester’s downtown, and the city’s broader downtown turnaround can’t succeed without new life emerging at the site of the old mall.